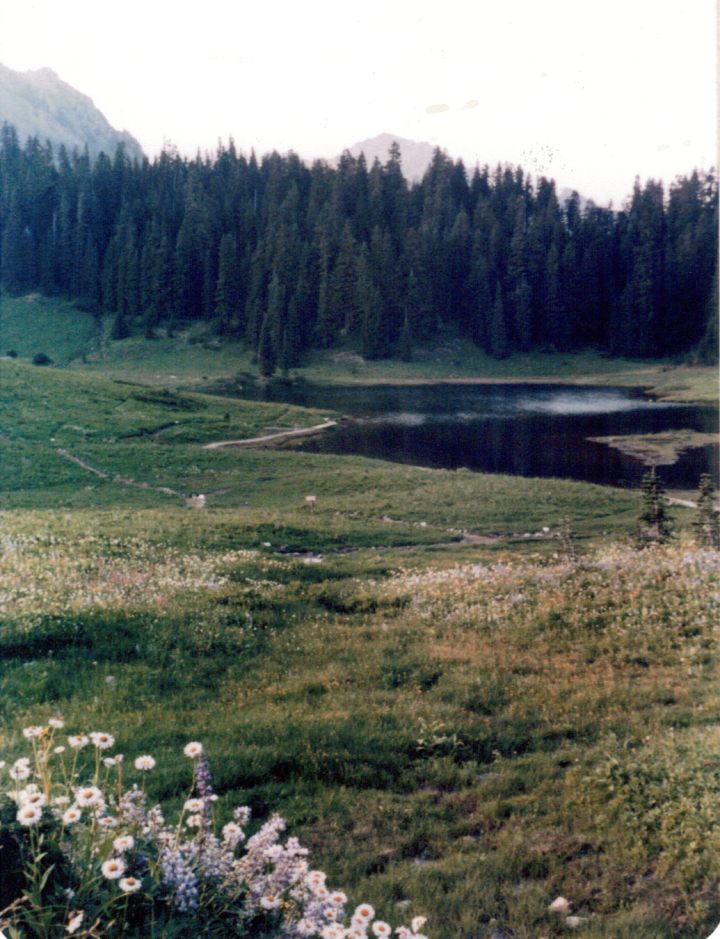 I grew up in an emerald green valley ringed on all sides by a craggy strip of mountains known as the Wasatch front. These rugged giants, and the springs, lakes, and rivers that divide them, were the guardians of my youth. From my bedroom window, the mountains rose like giant hands in prayer; casting benevolent shadows on the surrounding neighborhoods and farms.

On clear summer days, the sky filled our valley with morning light long before the sun had reached its crest on the jagged peeks and thrown off its coverlet of shadow cast by aspen, Juniper, and sage. A neighbor’s rooster proclaimed the break of day, and the sounds of engines starting and cattle lowing struck the chords and the notes that play out in my head even now.

On the Western side of the valley, the distant mountains completed the circle, framing a patchwork of fields and farms that spread out on the valley floor like a farm wife’s quilt. At day’s end, the sun, saving the best for last, celebrated its descent in triumphant tones of amber and rose before snuggling deep into mountain shadow.

On evenings such as this, time stood still as I watched my father practice the art of fly tying. Like a true artist, he adjusted clamp and vice to secure the hook while he twisted and wrapped the tiny feathers into place. Although each fly was unique, he duplicated one lusty specimen many times over for its ability to snag rainbow trout and German browns.

With the same skill he used to cast his fishing line in a timeless dance over canyon waters, he cast his children out to experience life. If we encountered rough waters or found ourselves in over our heads, he would reel us back in for further instruction.

Sometimes his reprimands were harsh. At those times, his words cut through our disobedience with the sharp edge of truth. Then he would cast us out again, giving us more line from time to time, until we got it right.

Because of my father’s skill as an angler, I grew up with a man-sized appetite for pan-fried trout. Father cleaned them. Mother cooked them — dusted in flour and fried in butter, without the cholesterol guilt or fat gram shame. We dined on fish two or three times a week. The extra fish were frozen for winter meals and to keep my father’s dreams alive for the next fishing season.

Sometimes the family went with him on his fishing expeditions, wandering the byways and dirt roads of Southern Idaho , Wyoming , and Northern Utah in search of the best fishing holes. He waded up to his armpits in the rivers and dams along the Wasatch front; the winding Snake River , the wide Green River , and the brilliant blue Bear Lake .

When my father could no longer fish, he shared the woven intricacies of fly tying with his grandchildren, leaving them an inheritance that would continue on like an echo in the same canyons and mountain streams.

One thought on “My Father the Fisherman”