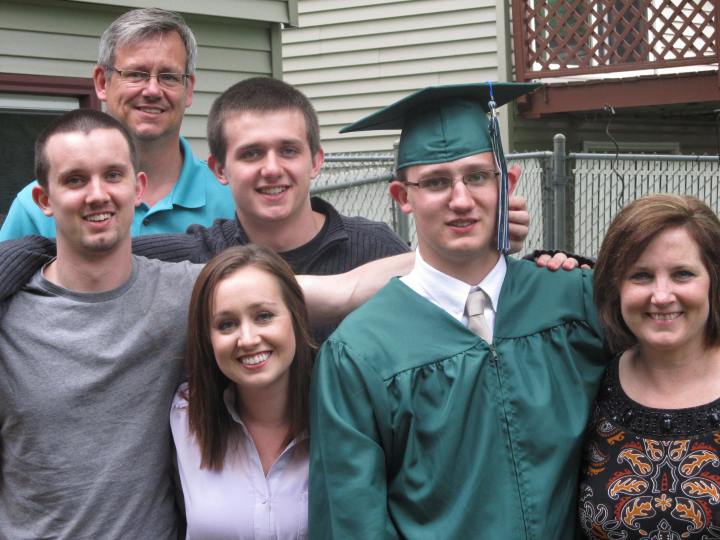 My husband’s son and his family. 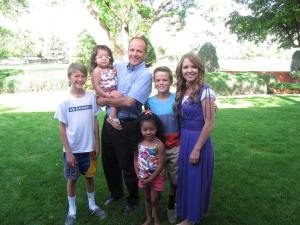 My sister’s son and his family.

My oldest sister who passed from this earth over a year ago was my inspiration; but only in later years when, with maturity and age, we became friends.

As children, we shared a double bed in a tiny room with one dormer window. We had no closet, but hung our clothes on the back of the bedroom door and on the door of the hallway that led to our room. Also in the hall was a chest. We each had a drawer; the other three contained towels for the small bathroom a step away.

The bathroom had one small window which you could only see out of when you sat on the throne. If you stood up in the tub, you would likely hit your head on the sloping ceilings. This awkward bathroom served our family of four, and then eventually five until my parents were able to afford a bigger place.

My sister had strict rules on how we shared our space. She was almost five years older than me; and, of course, taller, so I listened out of fear. She once drew an imaginary line down the middle of the bed and threatened to tickle me if I crossed it.

“Tickles from God” acrylic on canvas.

Her tickling torments lasted an eternity, or so it felt. She sat astride me and tickled my stomach, my neck and pits until I couldn’t breathe. I thought I was going to die! If the sessions hadn’t been stopped by an angry relative, I may have.

She and my older cousins ganged up on the younger ones by chasing us with angleworms and eventually throwing them at us. I had angleworm nightmares for nights afterward. They told us ghost stories that haunted our dreams and sent us running in fright to our parents. We were gullible and they used this knowledge to keep us in line.

Granted, my sister had reason to be peeved. I was her little shadow and followed her everywhere. Sometimes she was required to babysit me and take me with her wherever she went. I was a constant drag on her social life.

Once she convinced me that she had picked a miniature cherry that held magical powers because it was eaten by fairies. The tiny red ball sat atop her finger and I wanted the prize. I stood on tiptoe and begged her to let me taste it. With regal authority she allowed me to lick her fingertip. I tasted nothing. When she began to laugh, I knew she had tricked me.

“You ate my blood,” she boasted. “You licked my finger and ate my blood!” She was doubled over with laughter. She told everyone we knew. 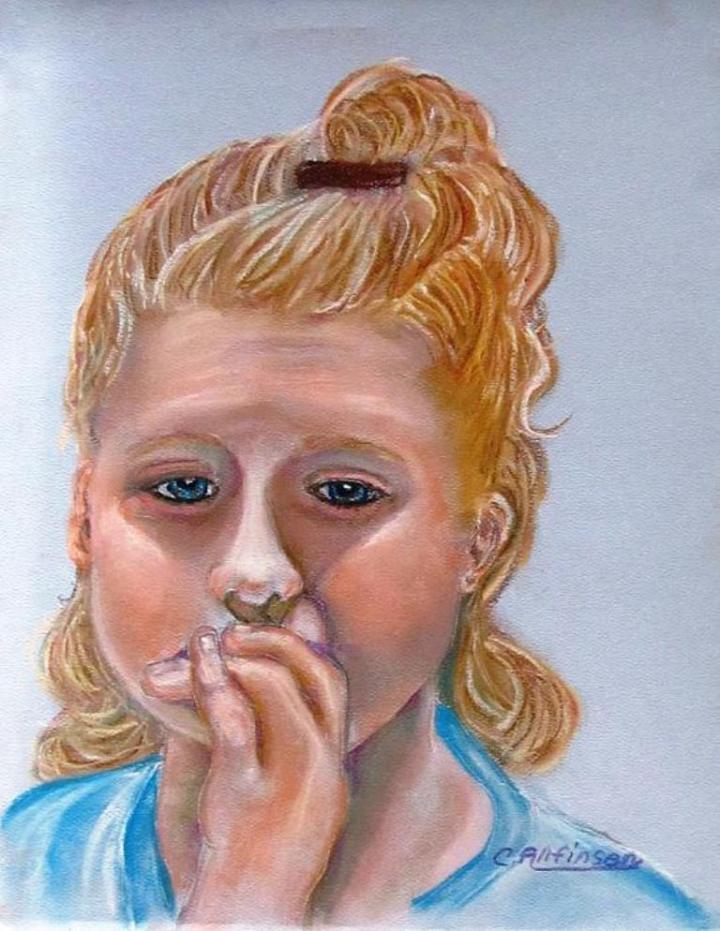 I was crestfallen. She had pricked her finger and then made a fool out of me. I felt small and stupid. She had also broken the bond of trust between us. I would never be fooled again.

I got even later when I was a teen and she worked a part time job and had more clothes than I did. After she left in the morning, I’d help myself to one of her outfits and go off to school. By the time she returned, I was already home and changed. My mother didn’t approve, but she never intervened. This was a battle between me and my sister.

My daring behavior lasted for weeks until an unfortunate accident revealed my secret. The explosion was more than I’d expected. As I saw it, she had many clothes, and I had few. Plus most of my clothes were her hand-me-downs, anyway. It wasn’t fair!

After her discovery, we became bitter enemies. I was jealous of her and she resented me. We barely spoke until she married and had her first child. Then childish rivalry faded away and we developed a solid relationship based on respect and family ties.

My oldest son and third daughter sharing some fun.

My own children squabbled over minor things and fought for the attention of their parents. When you share a mom and dad between three brothers and three sisters there is bound to be jealousy and envy. When my oldest was finally old enough to watch her younger brothers and sisters, I was elated.

Pam was always more mature than her young years and I trusted her judgment. When I returned to the sounds of wails and anger, my high hopes plummeted. She and her brother, only 14 months younger, came wailing to the door with their sad tales.

“She’s not the boss of me,” Chris complained.

“He wouldn’t do what I told him,” Pam responded. “He broke my Barbie doll,” she cried as she showed me the headless beauty.

“She hit me over the head,” Chris bawled. “She broke my guitar,” his volume increased as he showed me the broken strings and the chipped wood. The guitar had been a gift; a cheap handmade guitar that had served its purpose many years ago.

After that incident, I made a decision to put Chris in charge half of the time because of the closeness in their ages. This seemed to work out well, and they were able to respect the one who had the ruling hand at least for an hour or two.

Brothers often roll on the floor and beat each other to a pulp to resolve their differences. Sisters usually cry, scream and destroy the property of their rival. By the time we all grow up, the anger fades and the memories become the threads that bind our common history together. Sibling rivalry is inevitable, but the rewards far outweigh the struggle and help to prepare us for the brutal world beyond the comforts of home.