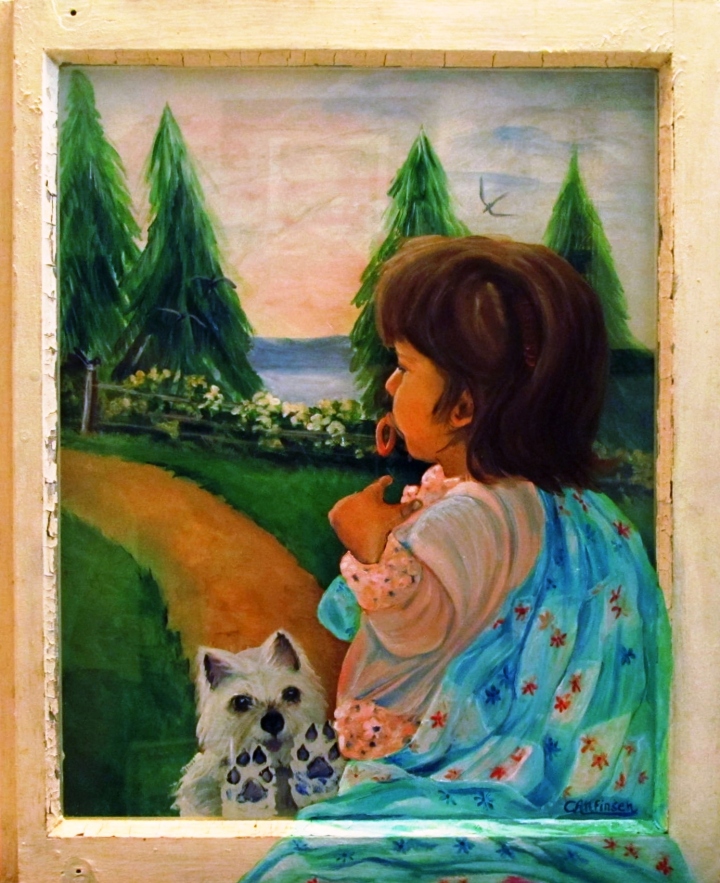 My life has taken such twists and turns, I scarcely recognize it. Events and circumstances have turned out differently than I expected. I made choices that changed the direction I was going, the people I interacted with, and caused a complete 1-80 transition from my familial and spiritual beginnings.

I once had visions of me herding a bunch of “grands” and living near my own children so that I could enjoy the fruits of motherhood. As it is, my six children and their children are scattered to the far winds. They rarely if never take vacations where I live. I manage a few trips, but because of their numbers it’s usually only once every three years or more that I see any one of them.

They inherited my aversion to telephones, so we don’t talk as often as we should. But thank goodness for Facebook and email or I’d never learn a thing about who they are and what they do.

One of my children hasn’t spoken to me since he left to live with his father at age 15. I expected that he’d get over it in time, but he hasn’t. He now has two children (one I only heard about from his sister). I saw the first one when she was only one years of age, and then again at three. Now she’s somewhere between eight and ten years of age, and she doesn’t even know me.

I’ve traveled long and far. My journey has been difficult and painful. The peace I’ve found along the way has been hard-won. The missing pieces in my life leave a large hole that only my children can fill.

“Through her Eyes” sketch of live sitter

When I titled my blog “Artwork and Musings from my Dancing Heart,” I truly meant that because down deep inside, I’m an optimist. But in the normal course of living, for all of us, there is a wearing down, day after day, and it’s bound to have an effect.

In my first marriage, whenever I was “up” my husband was “down” looking sad and morose. When he could ignore me or bully me into a corner that’s when he’d feel the control he needed to breakout into a smile and dance around with pleasure. For some strange reason, my playfulness and laughter was his nemesis.

If I was happy that meant I had something over on him. Perhaps I’d spent too much money. Maybe I wasn’t burdened down with the cooking and the cleaning for our large family. If it was too easy for me, then I probably wasn’t doing my job. For whatever reason, we were never on the same plane of joy or the same wave length.

Today our pathways seldom cross. When they do it’s usually for a wedding or special occasion. Then he’s on his best behavior. He smiles and interacts with the children in a demonstrative way I never saw when we were together. His current wife and he seem to have “the perfect” relationship.

But when the festivities are over his facade dissolves into the sad and empty expression that I remember. It doesn’t reveal itself too often. The smiley face is the mask he wears to deal with the world. I hurt for him. I would love to see peace and contentment spread over his face as a permanent fixture not just when other people are present.

We all wear masks at times to hide the humanity we’re ashamed to show to those we don’t know. It’s important to have a close confidante you feel comfortable with so you can vent some of that anger and resentment. My release came from an art teacher and her weekly class. When I was involved completely in painting, I was in another sphere; free, alive and soaring. I forgot about my problems. My deep sadness slunk into the shadows, and the weight lifted from my shoulders.

Today I don’t regret that twisted rocky path I traveled on to get from there to here. Sure the sadness lingers, memory doesn’t wipe the slate clean. My journey has brought me to a place of confidence and well-being that was not possible in my former life. I took the path “less traveled, and that has made all the difference.”

The Road Not Taken

Two roads diverged in a yellow wood
And sorry I could not travel both
And be one traveler, long I stood
And looked down one as far as I could
To where it bent in the undergrowth; 5

Then took the other, as just as fair
And having perhaps the better claim,
Because it was grassy and wanted wear;
Though as for that, the passing there
Had worn them really about the same, 10

And both that morning equally lay
In leaves no step had trodden black.
Oh, I kept the first for another day!
Yet knowing how way leads on to way,
I doubted if I should ever come back. 15

I shall be telling this with a sigh
Somewhere ages and ages hence:
Two roads diverged in a wood and I—
I took the one less traveled by,
And that has made all the difference. 20