My granddaughter, Rachel and me

One of my favorite movies is Forrest Gump. From the moment the feather floats upward and the background music begins, I’m hooked. There’s something about the soft flutter of this delicate work of nature that intrigues us all. As the feather rides the air currents, we know this is going to be a whimsical fun tale; an imaginary flight of fancy.

The feather also mirrors each of our lives. We wander through a myriad of choices and struggle over countless obstacles that may, at any time, bulldoze us and lay us flat. The feather symbolism is real and down to earth. Birds soar overhead and use their feathered wings to escape their prey. They flutter gently to protect a nest full of hope and regeneration. Feathers signify angel’s wings and God’s protection.

Sometimes the loud obnoxious and violent things around us distract our attention from the subtle messages that play out around us every day. Yet these quiet gentle winds bring us whispers of hope, touches of love, and heartfelt warmth if we but listen and receive them.

Good things often come in small packages. Great inspiration is usually received in moments of calm. Reverie was a word used by many creative’s in the past to indicate those times when they were in solitude and sought to connect with their God or muse.

Gump made us laugh and cry, suffer and weep. We rode the tides of his emotion and felt the slap and abrasion of his pain when he hit the sand. It is surely one of the great classics of our time.

Staying power is a huge element in success. What are you creating or doing with your life that will have lasting staying power. I’m not speaking of a long life, but a memorable one where people remember the pleasure and the pain of your deeds, your life’s work.

Some artists call it “universal appeal.” Without this key ingredient, your work (your life) is just attractive colors and shapes pieced together on a page that will quickly be forgotten in the next wave of popularity.

Staying power is an eternal principle that doesn’t go away even after you are gone. Universal appeal reaches out to all people regardless of race, religion, or social status. There is something there, a quality if you will, that resonates with the masses and connects with another’s inner and spiritual life.

Forrest Gump captured the essence of these eternal vibrations and mirrored each of our lives as they meander and roll into endless time and space. Please enjoy the following clips:

I’ve always dreaded St. Patrick’s Day.  Every kid in school was wearing green but me. My mother fashioned a homemade clover pin out of green felt and crepe paper. But since it wasn’t legitimate clothing, I got pinched anyway. “That doesn’t count,” my peers all agreed as they chased me around the playground.

On Wednesday, We have a St. Patty’s Party at our church. I scanned my closet and discovered I still don’t own anything green. What’s with that? I love green, especially grass green. It’s nature’s color, for heaven’s sake! My clothes hangers are full of beiges, browns, whites and blacks, but not a smidgen of green.

My eyes are a mixture of light brown and green. Hazel I write down on required forms. They turn chameleon whenever I wear lavender or peach, and then people say “My you have lovely green eyes.” 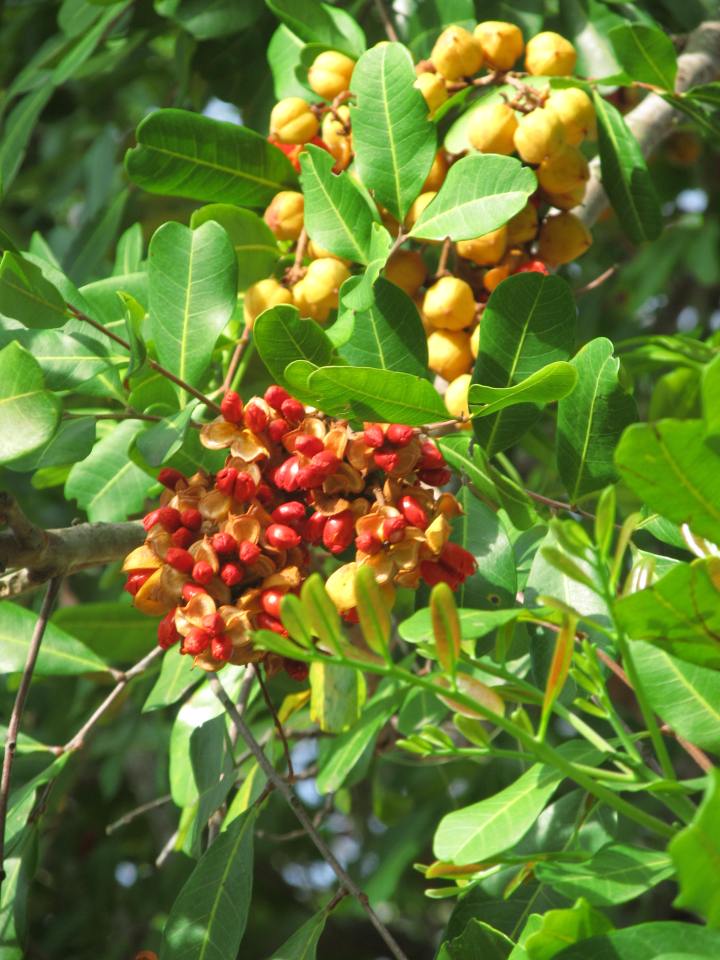 I had an olive green carpet in the seventies. In fact, my favorite color back then was olive green. I not only had a suit and a dress in this color. I was designated a “Fall” by the latest home-party color technologist. Of course, my hair was still brown when I took that first test.

My kids favorite dip was made with spinach, cream cheese and mayonnaise. When finished, it looked like the Emerald City ; bright green and luminous. When friends came over, my kids told them convincingly it was “green grasshopper” dip. After that its popularity plummeted. Soon the authors of this trickery became a bit squeamish themselves, and that was the end of that. 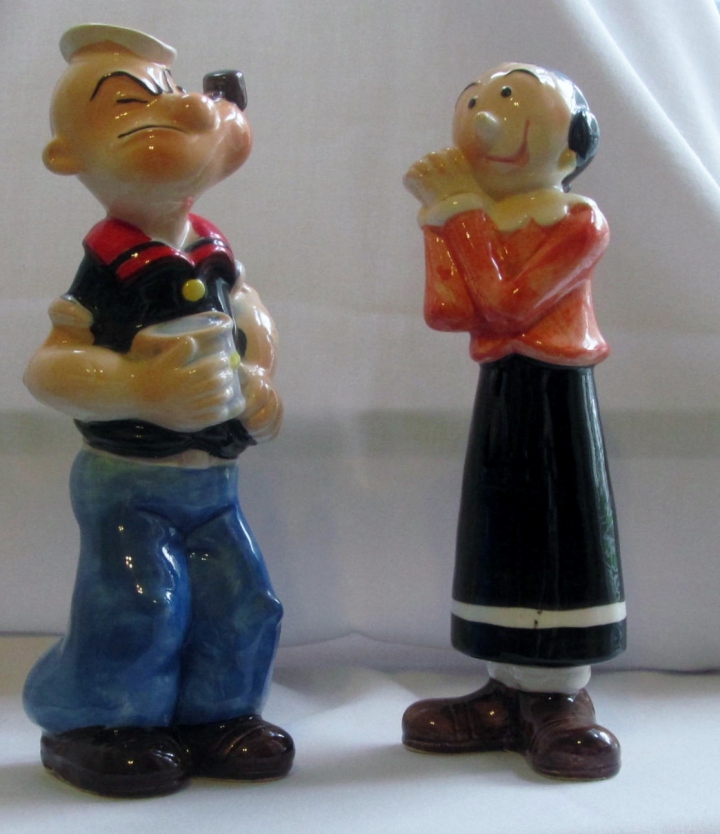 My mother was a fabulous cook. She rarely used a recipe and had an instinctive sense of how she wanted something to taste. I tried to coax her out of a few concoctions, but she was more comfortable with her own methods of a pinch here, a taste there, a squeeze of this, a drop of that. Her potato salad was to die for.

My kids would eat no one else’s scrambled eggs; only hers. Whenever she asked “what do you want to eat?” without preamble, they always said scrambled eggs. Her curry was the hit of her pinochle club. I relished the smell of it simmering on the stove.

Mother cooked the way I paint. I like to try new mixtures for a certain look or sparkle; a dab of this, a swap of that. One of my favorite colors is made by mixing one part alizarin crimson with a little bit of orange as in the painting above. If you add a drop or two of yellow, it creates a tantalizing background especially for white.

If you mix a dot of cobalt blue with yellow, you can get the exact color of varied shades of green from new bright growth to mature bluish stems.

Green up your world this St. Patrick’s Day and experiment with color!

“Seashells by the Seashore” on the Gulf

What is coarse, toxic, sweeps up marine life in its wake and kills? If you guessed a broom, we’re done here. If you answered pollution, you’re close. If you said red tides, you’re dead on. Never heard of these menacing algae? Let me introduce you.

Every summer at the height of tourist season, a tangle of brownish algae and dead fish cascades onto the Gulf Coast’s pristine beaches and the stink is overwhelming; as my mother used to say, “Enough to gag a maggot.” What makes these algae such a menace? They produce one of the deadliest toxins known to man.

These harmful algal blooms or HABS wreak havoc on local fishing industries to the tune of $82 million each year. The toxins affect the central nervous system of fish, killing them in vast numbers; limiting the quantities of fresh fish that fisheries depend on. Toxins also may poison shellfish like clams, oysters, and mussels, and make the humans who eat them sick.

These red tide masses affect marine ecosystems in a number of ways. Dense blooms can block sunlight that benefit good algae and sea grasses needed for food. Wildlife and marine mammals like seabirds, manatees, turtles and dolphins may get sick or even die. Humans may suffer severe respiratory or skin ailments. In addition to that, red tides are downright unsightly.

My first reaction to walking on the beach after a red tide wash up was repulsion. Hundreds of putrid dead fish trapped in strange-looking seaweed covered the white sand driving me and many other tourists back to our hotels. Like them, I wanted to know what this stuff was, what it did, and how we could stop it.

Red tides are composed of microscopic algae known as dinoflagellates; their scientific name: karenia brevis. The algal cells are asexual. They produce simply by dividing. To complicate matters, each cell is capable of movement via two flagella that propels them through the water. There is no brainwork involved in this confluence or joining of forces. They drift with the water’s ebb and flow, bumping together to form large clumps or “blooms” as their numbers increase.

What makes dinoflagellates different from other microscopic algae? At least two things: their rapid growth and their toxicity both of which raise more questions than answers. Why do these organisms suddenly explode into a massive growing binge? What triggers this growth and why does it produce toxins in some algae and not in others?

Biologists and scientists believe pollution of our waterways may be the leading factor. Pesticides, fertilizers and chemicals are washed into surrounding rivers and lakes and eventually find their way into the sea. At the mouth of these inlets and tributaries, red tides get their first burst of growth which certainly points to pollution as the cause.

But there’s a catch: red tides are not a new phenomenon. Fish kills from deadly algae were recorded in 1840 and as long ago as the Spanish explorers who wrote about them in their logs. After years of red tides research, there is still no conclusive evidence or link to pollution. Like many quirks of nature, the trigger may be from natural causes or a series of events that are little understood.

“The Perfect Ending” acrylic on canvas

The Fish and Wildlife Research Institute (FWRI) in Florida conducts Red Tide Reports on a regular basis during critical growing periods. Using satellite imagery, high levels of chlorophyll are monitored for possible resurgence of red tides. With the help of modern technology, experts record the size, rate of growth, and location of these HABS.

FWRI works in partnership with the National Oceanic and Atmospheric Administration (NOAA) under the supervision of the U.S. Department of Commerce. NOAA’s goal is to “provide the tools to prevent, control, or mitigate the occurrence of HABS.” Because red algae can be found in almost any waterway, research labs are positioned worldwide.
If you would like information about red tides in your own locale, go to http://www.noaa.gov.

What is the missing component that explains why red tides grow faster and wilder during certain times of the year? Is pollution the cause as some suggest? Or is it increased water temperature that naturally encourages the growth of most algae? Until the mystery is solved, Gulf residents and vacationers around the globe must continue to endure the irritation, the blight and the stink of red tides.

Do you have a “stinky” problem in your neck of the woods? Please share it with us.