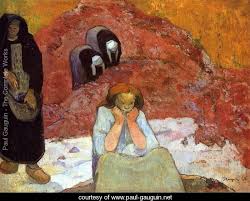 When I was 12, my older sister and I were constantly quarreling. She was five-and-a-half years older than me and was already earning money working at a local newspaper. That year, she won the Dairy Princess contest so I was jealous of her popular status and her closet full of clothes.

Once designated as my sister’s “tag-along,” she had now surpassed me leaving me in the dust. Now she was never around when I needed her.

After she left in the mornings, I’d search through her closet and find something to wear to school. Since I returned in the afternoons before she did, I could put the clothes back. I got away with this for weeks. Bless my mum’s heart, she never squealed on me knowing I’d get caught sooner or later.

The discovery came a few weeks later after I’d soiled one of my sister’s sweaters. First I stood accused, and then admitted my guilt. After that, we barely spoke to each other. She refused to listen to my reasons and excuses. I remained accused and unforgiven. 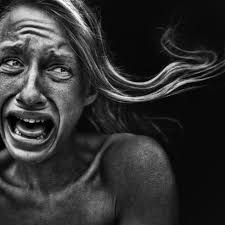 It wasn’t until after she married that we became close again. She had finally moved on and I had grown up. The teenage bickering and sibling rivalry was behind us. I discovered that conversation doesn’t work unless both parties contribute.

I told my husband about this on one of our daily walks. He likes to talk and threads his words together with ands and buts which makes it difficult to jump in. I reminded him that conversation is a two-way street. When he is the only talker my mind drifts because I feel I’m being lectured to. He’s a slow learner, but finally he’s getting the hang of it.

When the Broadway play “Hamilton” was attended by Vice Pres. Elect Pence and his daughter, they received a “piece of Aaron Burr’s mind.” He addressed Pence with the cast’s doubts that he or Pres. Elect Trump could serve all the people. The diatribe lasted several minutes followed by clapping and cheers from the New York Liberal audience. Burr said he simply wanted their feelings to be “part of the conversation,” yet Pence had no chance to respond.

That, my friends, is the Progressive definition of free speech: a one-sided argument where only one party gets to have their voice heard.

A college student clarified this for me when she told a reporter, “I hate free speech. People shouldn’t be able to oppose or offend someone else.”

Of course she proceeded to tell the columnist that they were protesting a conservative that was coming on campus to speak to the students.” In other words, a conservative was not allowed free speech on their campus because they only wanted to hear one political point of view – theirs!

We usually choose friends that are similar to us and have many of the same opinions. If you were to shut your friend up when their ideas and preferences differed from yours, you would have no friends.

If Liberals truly wanted to be a part of the national conversation, they would be willing to listen to the other side; but they’re not. Instead, they are whining and throwing a tantrum because they’re side lost.

They are upset because their candidate won the popular vote, but you see that doesn’t matter. The Constitution created the Electoral College so that everyone, even the smallest communities could be heard and their votes counted. If the popular votes won, then the same state or states and party would win every year.

The Constitution is an inspired document that never gets old. Its wisdom preserves liberty and justice for all. Don’t think for a moment that the people of this great land want to change the very thing which has protected them for hundreds of years.

As you partake of your Thanksgiving meal, offer up a prayer of thanks that you are still able to call upon your God and feel safe in your community. If Liberals had their way, we’d be inundated by the people who are flooding our land with illegal aliens and radical minorities intent on taking away what we have and replacing it with their own idioms and values.

When Liberals stop killing cops, stop detesting the Military and label rioting and destruction as a protest perhaps I’ll believe that they really want a national conversation. But if they refuse to listen or to allow another point of view to be heard, I’ll still insist that Liberals are sore losers.